Description:
You’ll need knowledge of exploitation-techniques, programming (of course) and reverse- engineering. We’ve tried to make the levels tricky and some of them strange, so get ready to use gdb.

It is a race condition challenge. We can create two scripts.

And we can get the flag hashaachon.

When we run the program directly, it said ./maze1: error while loading shared libraries: ./libc.so.4: cannot open shared object file: No such file or directory.

If we decompile the program, its pseudocode is as follows.

It is just like Utumno Level 0, where we use function hooking. However, this time we need to open the file to read instead of looking in the memory of the process.

We can create our own puts().

It will read the password and print it out. After gcc -m32 -fPIC -c hookputs.c and ld -shared -m elf_i386 -o libc.so.4 hookputs.o -ldl, we can get our password fooghihahr.

In this program, it has a buffer char buf [8], and it does strncpy(code,argv[1],8). After that, it will execute the code in the buffer.

Basically, there are three parts in this program: fine, l1, d1. 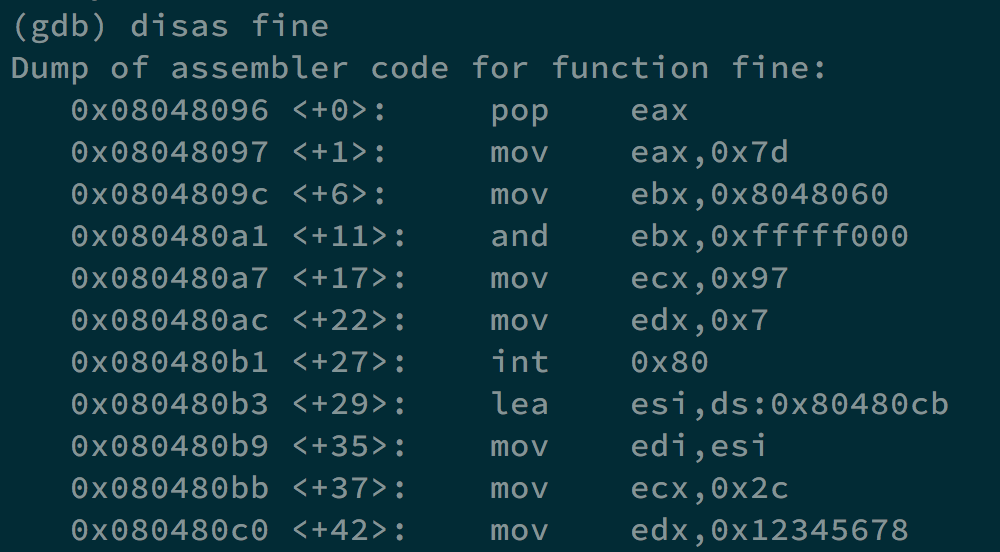 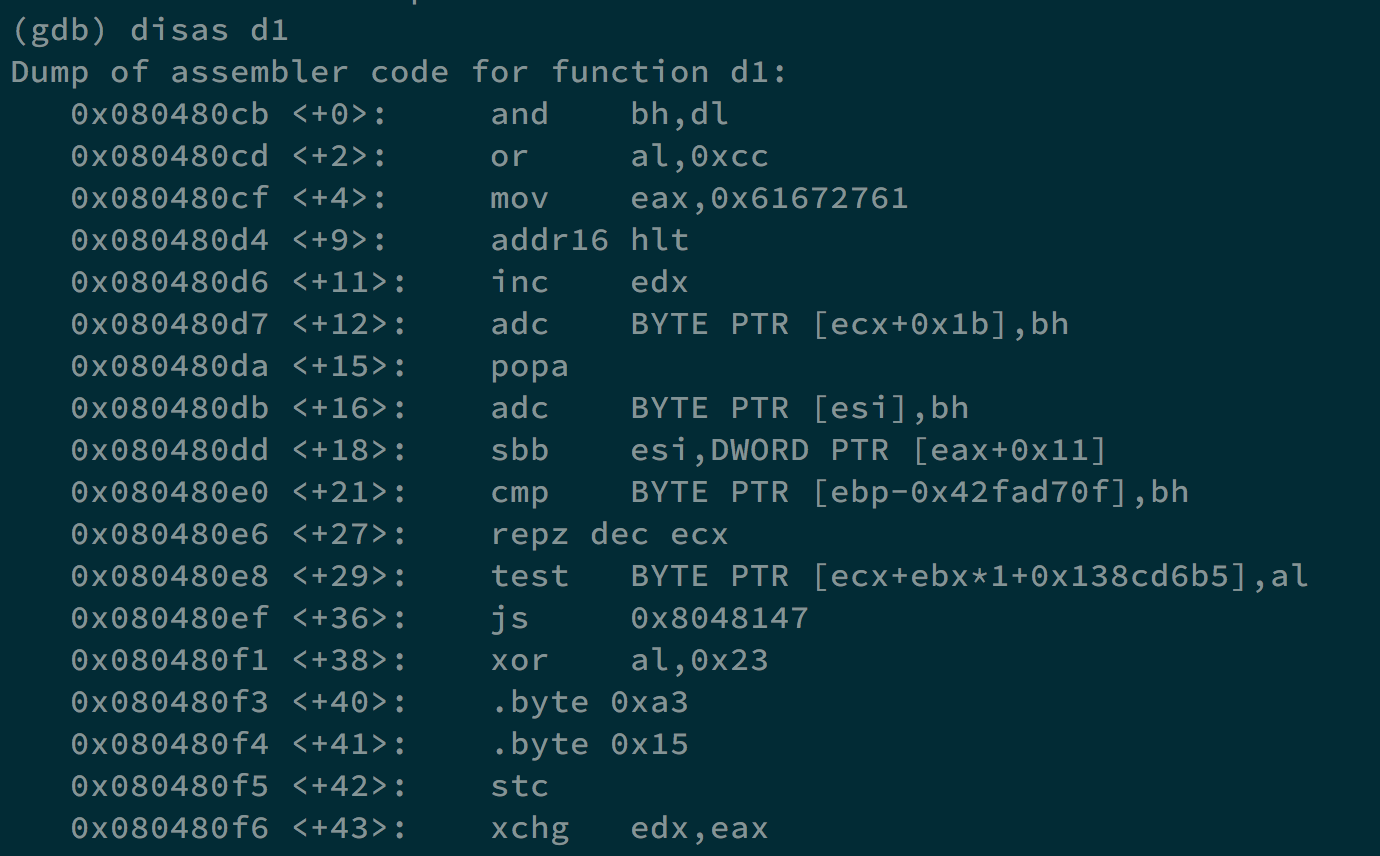 In l1, it puts the contents in esi, which is the machine code in d1, into eax. Later, eax is xor with edx, and store back to edi, become new machine code. This process will continue for 44 times, for all 44 bytes.

When it heads to d1, it will become a whole new function. 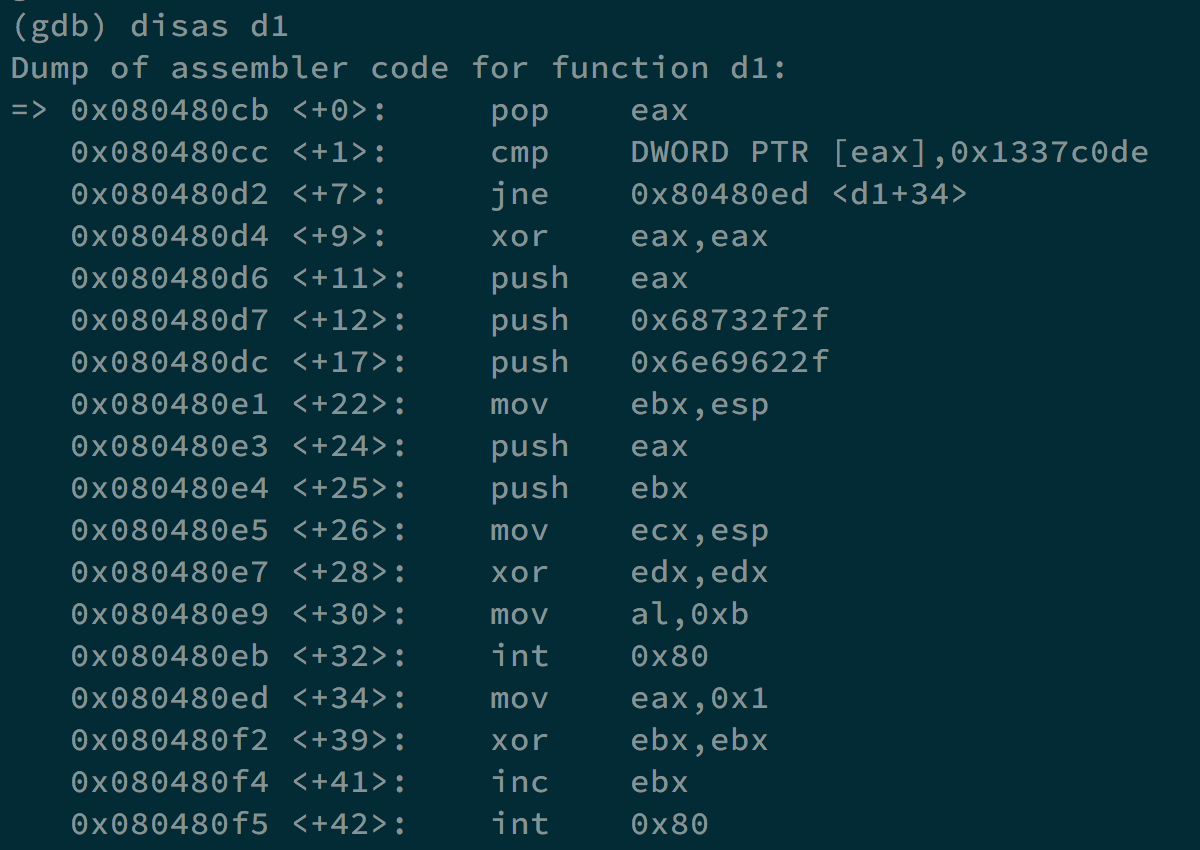 If we decompile the program, its pseudocode is as follows.

It opens argv[1], reads 52 bytes and store in ehdr, moves the cursor ehdr.e_phoff bytes from the beginning, and reads 32 bytes and store in phdr. Later, it checks whether ebp-0x30 * ebp-0x31 equals to ebp-0x4c. Finally, it will check if the size of the file is less than 120 bytes.

After all the checks pass, it will execute that file.

If we decompile the program, we can get its pseduocode.

It will ask for Username and Key, and check if both their length are 8. Later, it checks if we use gdb or not. If we do, it will return 0. Finally, we will go to function foo, and if we make its return value other than 0, we can get the shell. 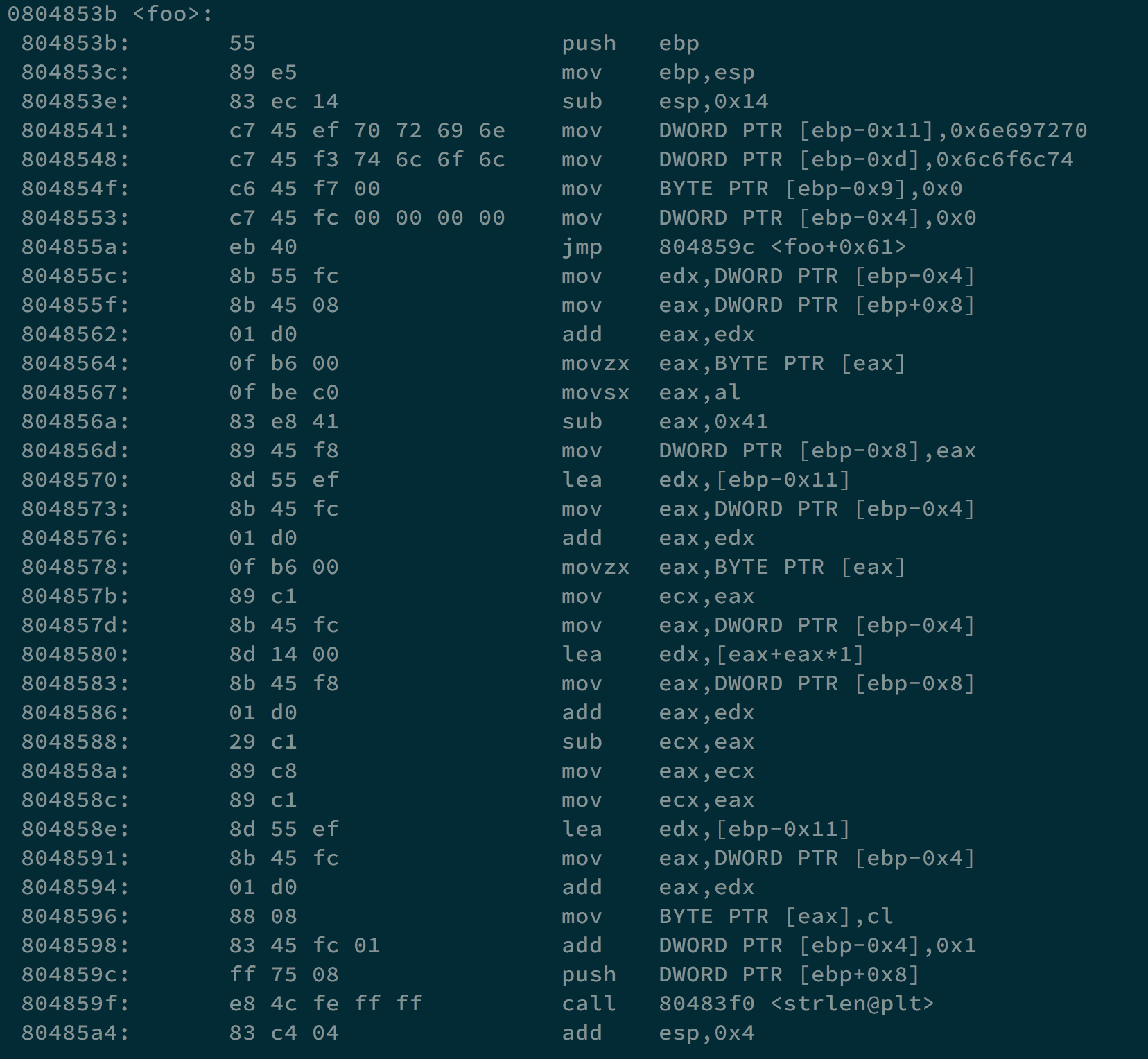 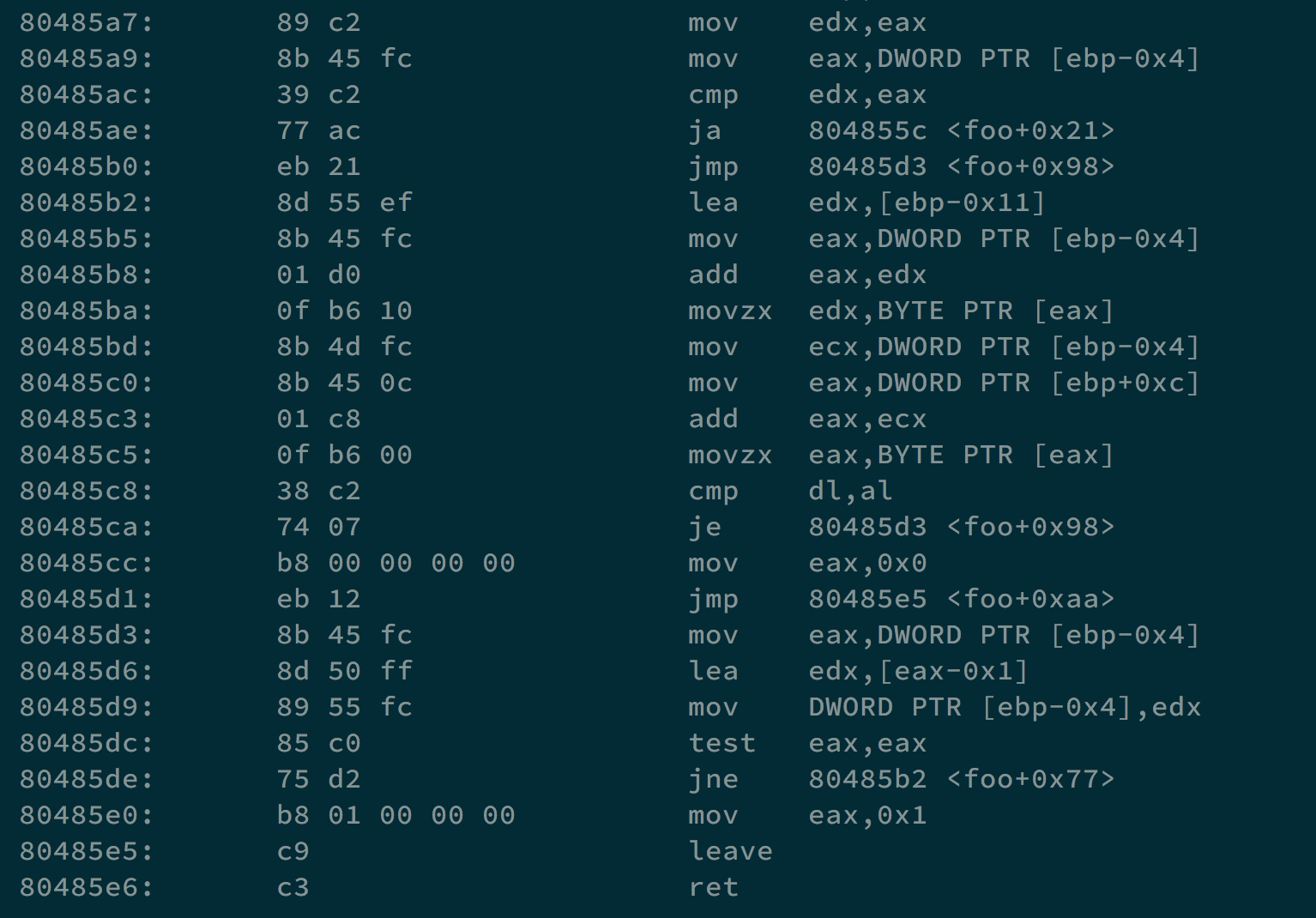 We can translate it into:

After we key in these two strings as input, we can get the shell and the flag epheghuoli.

Too hard ~~~ There’s some new protect mechanism in vfprintf.

If we decompile the program, its pseduocode is as follows.

We can focus on read(fd, p, size); in Print_Shdrs. p is at ebp - 60, and if size = 68, we can control eip and return to our shellcode. For arguments, we need to set size to 0x44, others can be zero, and the two previous read will have no effects on our buffer overflow. The loop will run only for once if we set num equals zero.

After that, we run /maze/maze7 hello, we can get the shell and the flag pohninieng.

If we decompile the program, we can get its pseudocode.

It looks complicated, but we can ignore most of them because what it only does is open a socket on port 1337 in TCP. When somebody connects it, it will ask for password. Whether our answer is correct or not, it sends back useless message.

However, if our answer is incorrect, it will execute snprintf to store our answer. We can use format string vulnerability in this case. Let’s take a look at strlen@plt.

We can change 0x8049d34 to the address of our shellcode, and we can get the shell and the flag.

And we can get the flag jopieyahng.

Well done! It sure looks like you enjoy swimming in memory.